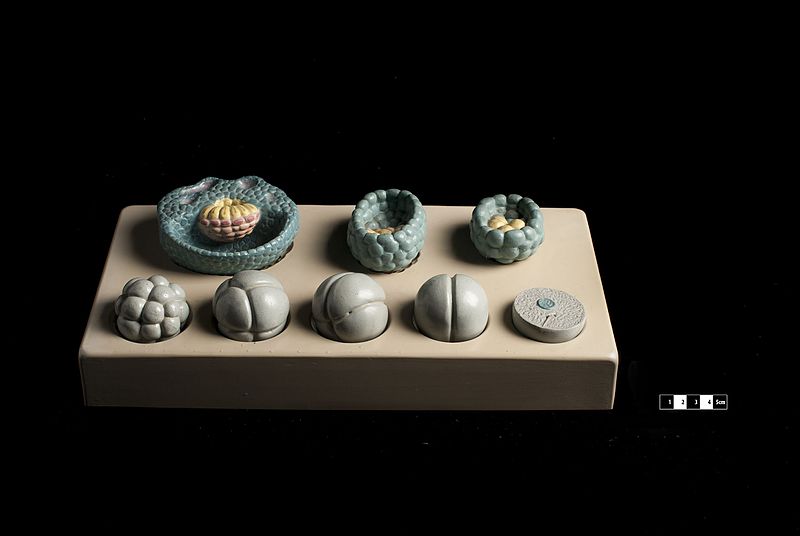 The Beginning of Embryonic Development

These biochemical processes, catabolism, and metabolism form the bases of all biological growth of the human organism in its various developmental stages. They keep the system going and generate the requisite material that is consumed in the whole biological process which we now attempt to focus on. (Embryonic Development)

Until recently it was not known that the Qur’ān or traditions of the Holy Prophet Muhammad ﷺ contained many citations referring to the stages of human development. Any such statements which were known were not clearly understood since they referred to details in human development which was scientifically unknown.

Only with the discovery of the microscope, along with man’s modern knowledge of anatomy, was the science of embryology able to be developed. Ancient views about embryology can be traced to a brief Sanskrit document that describes some aspects of embryology. However, these were inaccurate and not detailed. In the fourth century (B.C) Aristotle too studied chick’s embryo and is commonly known as the father of biology. However, he too held an incorrect concept the embryo was an alimental soul with all bodily components. Similarly in the fifth century (B.C), Hypocrites made some recorded studies of the human embryo but again without great detail. Indeed any elaborated analysis would are not possible without the arrival of the microscope. (Embryonic Development)

Modern science tells us that the beginning of human creation is by the fertilization of a female ovum with the male spermatozoa resulting in the formation of a zygote. While reminding human beings of their humble origin and benevolence and power of their Creator, Allāh the highest has narrated this method at many places within the Qur’ān. Some of these are: (Embryonic Development)

So let man think from what he is created. He is created from a gushing fluid that is issued from between sacrum and symphisis pubis. Qur’ān (at-Tāriq) 86:5-7.

Indeed we created man from a mixed or mingled fluid. Qur’ān (ad-Dahar) 76:2.

Arabic words like many other languages often carry more than one meaning of a single word. For instance, The Arabic word ‘salat’ has 60 meanings. Here the Arabic word ‘nutfa’ is translated as fluid. At another place ‘nutfa’
means ‘cell’ or ‘seminal fluid’.

Anatomical and physiological studies reveal to us that semen is a prerequisite for conception. A male gamete or sperm (spermatozoon) unites with a female gamete or oocyte (ovum) to form a single cell called a zygote. Moreover, the seminal passages do indeed lie between the sacrum referred to as sulb in the Qurā’nic verse and the symphysis pubis referred to as tarā’ib. Yet it was only in 1677 that scientists Hamm and Leeuwenhoek first observed
human spermatozoa using an early microscope. However, they held the mistaken belief that the sperm contained a
miniature human being which enlarged when it was deposited in the female genital tract. (Embryonic Development)

The constituents of the fertilized liquid have also been referred to in the Qur’ān. The Arabic word amshāj is used
to refer to mixed fluids or mingled fluids. Indeed the spermatic liquid is excreted from four different glands’ the
testicles, the seminal vesicles, the prostrate gland and the glands of the urinary tract (Cowper’s gland or Liters glands).

A further verse of the Qur’ān, shows how the seminal fluid gushes out and the need for it to be motile.

The grammatical analysis of the Arabic verb al-muddafiq means to emit or gush forth.

Modern science has now determined that in order for fertilization to occur, the spermatozoa must be mobile and
active. It is thought that prostaglandins present in the semen stimulate uterine motility at the time of intercourse
assisting in sperm movement. It has now also been ascertained that the female discharge which contains the ovum is expelled into the fallopian tube and must be moving within it for fertilization to occur. (Embryonic Development)

In 1759 the person Spallanzi evinced however each the gamete and egg cell were necessary in order for fertilization to require place, However, this had already been divinely revealed by Prophet Muhammad ﷺ in a Hadith attributed to him

During the fertile phase of a woman in her menstrual cycle, the civic maces which is otherwise fairly impervious to sperm become clear and gel-like through a realignment of its molecules and allow the sperm to pass. Enzymes secreted by the linings of the uterus (endometrium) and the oviducts remove glycoproteins from the head of the sperm and capacitate it. Unless they have been capacitated, sperm are unable to fertilize the ova. In addition, enzymes secreted by the oviducts loosen the follicular cells surrounding the ovum, thereby exposing its protective membrane to the sperm. It is thus apparent that the Arabic Term ‘nutfa’ used in the hadith is a very comprehensive one.

The first phase of fertilization occurs with the passage of the sperm through the female reproductive tract. Once one sperm passes through what is known as the zona pellucid, a reaction takes place (Zona reaction) making it impossible for other sperms to penetrate this membrane. Therefore out of countless sperms that are free into the female internal reproductive organ, only 1 can fuse with a feminine gametocyte (mature ovum). So inhuman, Monospermy is the answer and Polyspermy is impossible because of ﷺ Zona Reaction (b) Vitelline Reaction. This is aptly described in the following verse of Qur’ān:

Nutfa is the Arabic word used here. Although there’s no actual synonym in English, its accustomed denote a tiny low amount or what’s left once something dribbles or trickles down. The little amount or nutfa is understood to refer to sperm since it’s mentioned in another Qur’ānic verse:

Was man not a small quantity of sperm which has been poured out? Qur’ān (al-Qiyamah) 75:37.

In this context the Qur’ān further states:

(God) made His progeny from the quintessence of lowly fluid Qur’ān (as-Sajdah) 32:8.

Here the Arabic word of sulālah, quintessence in English, means that to extract or emit or something that’s a part of an entire. This too is in line with modern information as each the egg cell and gamete are gently extracted from their environments within the method of fertilization

The ovum is observed to be extracted in a long stream of follicular fluid and is fertilized by one sperm out of millions
which is drawn out from the seminal fluid.

A Hadith of Prophet Muhammad ﷺ clarifies this further:

This theme is continued in a further verse of the Holy Qur’ān and a Hadith of Prophet Muhammad ﷺ.

Allāh knows what every female womb bears and what is penetrating into the womb or decreasing and what is increasing. Qur’ān (ar-Ra‘ad) 13:8.

“Decreasing” within the 2 references above may be seen to refer to the decrease in germinal materials at the time of fertilization. One sperm out of millions ejaculated into the cervical canal will meet one ova from among the thousands of ova available in the ovaries. The sperm then “penetrates” (as mentioned in the above verse) the zona pellucida of the womb (mature ovum) causing a reaction to take place preventing any other sperm from entering. This reaction is called a Zona Reaction.